Known as the “Mother of Pride”, it was Brenda Howard who coordinated the first LGBT Pride march. As well as sparking the idea for a week of events around Pride Day. These events then developed into the annual LGBT celebrations held every June.

Every year the LGBT community celebrates in a number of different ways. Across the globe, various events are held during this special month as a way of recognising the influence LGBT people have had around the world.

LGBT or Gay Pride is a movement that celebrates sexual diversity. For lesbian, gay, bisexual and transgender (LGBT) people it is a way of protesting about discrimination and violence. It promotes their dignity, equal rights, self-affirmation and is a way of increasing society’s awareness of the issues they face.

Pride is a time for everyone to celebrate who they are, but while lesbian, gay, bi and trans rights may have progressed a lot, there’s still a long way to go before everyone in the LGBT community feels accepted without exception

The Stonewall Charity report: LGBT in Britain Work Report 2018 investigated the specific experiences of the 3,213 employed LGBT respondents and their experiences of discrimination in the workplace as well as the extent to which LGBT staff still feel they have to conceal who they are at work and found that: 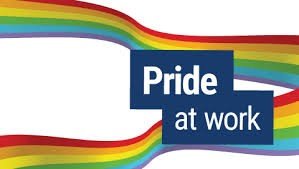 At YouHR Consultancy where our strap line is ‘it’s all about the people’ ensures that our service offering will be able to support you and your organisation in identifying and supporting those staff that you rely on a daily basis.

Giving employees the support they need not only benefits them, it will be good for your business too.  YouHR Consultancy can offer the support and guidance you may require in ensuring that you and your company have the correct policies and procedures in place to meet your duties.

YouHR Consultancy is able to offer you support and guidance regarding your employees health and wellbeing through our individualised organisational ‘healthcheck’ and service offering that is tailored to meet your individual organisations requirements.

Written by Ian Mundy in support of LGBT Pride Month 2018